In the showbiz of Thailand now, no teenager refusing that he or she does not know the young beautiful girl, Piglet Charada Imraporn, the superstar able to melt the hearts of males. She was born on July 8, 1995, to be the youngest daughter of the warm "Imraporn family. It is because she was the member of the triplets sisters always helping her, she has the beautiful triplets sisters "Neoy Warattha Imraporn” and  “ “Jam Charattha Imraporn” the singer in the "Neko Jumps Band".

After finishing Sarasas Witaed Romklao School “Piglet” succeeded the entrance into King Mongkut's Institute of Technology Ladkrabang being the Kaesad family and graduated the  Bachelor of Fine Arts Program in Printmaking, Faculty of Architecture. “Piglet” has stepped into showbiz by achieving many star contests such as Disney and Me Talent Contest, Future Park Junior Talent Award, and C-SA Star Tier. Her famous works became well-known since she has joined the  “Sugar Eyes Music Band” and had the popular music "Sugar Eyes," and "Long Eyesight,". She has also featured on her single album and has her popular songs of the hit single "Sweetness” song for " The "U-Prince Series: Dash", “Stay here with no lover” song for "Waterboys The Series". For her favorite hobbies, she loves reading and drawing. She also has her special talents of singing, acting, and dancing. Her works can be followed at  IG @ pigletcharada.

Piglet told about her story that when she was studying in Kaesad Family, KMITL, she had to study and work hard, on the first year, she had to attend her classes every day from Monday to Sunday. There were also activities of the freshy welcoming and at such time she had also to work as the actor at drama studio and she had to leave some classes and had to finish homework on time. After acting work, in the night she had to finish her homework to be sent on the next morning classes. It had been the very hard time for her. Her 2 older triplets had always given her their hands for the homework. However, after passing such hard times, she always felt proud of herself and felt better. At the first time when she could success the entrance to KMITL, actually, she had never dream to be possible before because she had never had any basic course of Arts. She had to work harder. However, when having the classes with teachers and friends, they always taught and helped her and it could make her works better. Actually, the learned courses always related to the creative mind and the output works must be fine by herself; it made her works neater and became harder with tough effort, consequently.

Piglet, the KMITL’s Alumni's beautiful students also left a message, "For students preparing for university entrance exams. I want them to choose to learn some fields they love and like to learn. it is because they have to stay learning them for long time till they have been finished. They have to learn and live the lives of happiness. I want them to have been happy with their selected courses and never be tired of their hard times. Do not worry, I think that the happy choice must result in the happy life with better works. Of course, even if we are graduated already, we also need to study more regularly, such as learning foreign languages. it is because the more knowledge we have, the more we can contribute to the quality of our work. "

King Mongkut's Institute of Technology Ladkrabang thanks to this beautiful "Piglet" alumnus for the creativity, talents, and showing good examples of the youth, as well as asks for another encouragement to the KMITL alumni to pay the ability to create their own aptitudes to develop our country to progress on all sides. 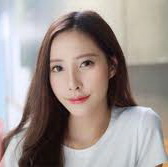 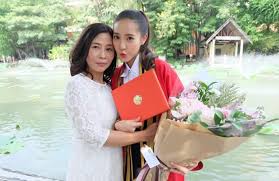