Rescue safely! KMITL publicly launched  "iAmbulance", including with the innovations of "Intelligent light " and intelligent road surface prepared to initially be applied on emergency vehicles and rescue with the target of the reduced lost numbers of patients, practitioners, and repetitive accidents.

King Mongkut's Institute of Technology Ladkrabang (KMITL) has publicly launched 2 global awarded Innovations able to enhance the safety of emergency medical services to prevent loss happening to body, property, and life of the people and medical practitioners include: 1) Intelligent traffic lights for emergency medical services that come with "iAmbulance", the application with the features of alert of the location of emergency ambulances with function of emergency traffic request alarm, the function of  emergency locating warning and emergency supporting request warning,  2) Intelligent road surface reporting system with "Road Surface"., the  Application that can record road surface condition with a Smartphone Vibration Sensor of Real-time road surface reporting function  to Solve the visibility problems of the traffic surface, floods and pits on the road surface.  It is the first time that this innovation has been implemented in the "Big Data". Help solve problems in the lives of residents.  The further improvement on such 2 innovations must be better done for the promising quality of life of people at the macro level towards the "Smart City". The research developed are originally supported by research grants from the Innovation Hubs project to enhance the country's innovative economy based on Thailand's policy of 4.0 Smart City Group led by the Council of University Presidents of Thailand, CUPT.

Prof. Dr. Suchatvee Suwansawat, the President of KMTIL, said that the current situation of emergency sudden accidental illness in Thailand became continuously higher every year. For such cases, if they could be supportively helped suddenly effectively, no cripple or death condition should have happened. The effective suddenly supportive helping solutions to the emergency services must be provided to effectively prevent against any serious losableness on lives and properties of people absolutely.

“Statistics from the National Institute for Emergency Medicine show that as many as 20 percents or about 300,000 of those who die yearly before reaching the hospital care are affected by traffic congestion problem. Insights into traffic allowance to emergency ambulances, road condition impact on patient transportation, and first aid providing must be completely done. In addition, over the past 10 years, the number of the loss of lives and emergency medical practitioners became higher to 4,315 people, 21 injured, 12 dead and 12 disabled.  It came from the problems that the ambulances had to have fast driving with illegal traffic light passing throughout the traffic jam for the emergency saving of the injured lives to the hospital care.”

From such told factors, KMITL then has developed the innovation of being awarded to enhance the level of communication safety. Initially, the pilot one was for the emergency ambulance service system provided with intelligent traffic lights service and Road surface reporting system. It must be to facilitate the rapid transit of patients, with the integration of logistics management to emergency medical response to reduce the accident of the ambulance driving and to medical personnel. It also must be to increases the safety of people traveling on the road traffic. In addition, KMITL has continued improvement of national traffic supportive innovation towards the "Smart City" through the application of technology and innovation to manage the city in various areas systematically and effectively. Concluded Prof. Dr. Suchatvee.

Dr.Viboon Piyawatmetha , KMITL’s Team Development Associator of the   "iAmbulance", and Intelligent Traffic System Innovations for Emergency Medical Services said that KMITL together with the research team from Ramkhamhaeng University had Developed intelligent traffic management system to beneficially solve traffic jams and the accident from the emergency ambulance having to fast drive through the red light and could be the  cause of loss of body, property, and life of the patient and of  medical operator. Presently, there are the most effective applications such as:

“Average of the second of life of emergency patients must be moved from the accident scene to the hospital is 8 minutes, but now the average time of service in Thailand is 14 minutes. According to data from the National Institute for Emergency Medicine could show that only 19 provinces across the country or only 24.68 percent of emergency transport services areas met such the average of 8 minutes. Research has shown that every minute of delay helping time means the rate of risky loss to the body and life of the patient of higher than 7-10%.”

In addition, such innovations can also be linked to "automatic Traffic Signal light System around the traffic junctions" the signal can be sent to the cloud system, IoT (Internet of Things), and Semi-Automatic Traffic Signal Management System installed around the traffic police stations to be specially processed to let the emergency change to the proper light for the emergency ambulance to be safely moving pass, whenever the rush patients transport approaches the traffic lights. IoT (Internet of Things) and "Semi-Automatic Traffic Signal Management System" will be located at the police station. It could be the solution to delay problem against the emergency light allowance to emergency ambulances and to unexpected traffic accident as well. The research team plans to further innovate to pilot the intelligent traffic light system in Bangkok. The pilot one will be initiated in the areas of Lat Krabang to link to Suvarnabhumi Airport and nearby hospitals around the areas such as Lat Krabang Hospital, Sirindhorn Hospital. And there are further plans to expand the intelligent traffic light system services to other areas in order to lower the time of service for emergency patient transport and to increase more safety for the emergency traffic of the ambulance. Presently, Bangkok is ranked the first of the big cities of serious traffic jams in the world, more than 456 traffic lights, so the intelligent traffic system developed should be beneficially important technology to be the solution to the traffic congestion problems, said Dr. Wiboon.

Dr. Kriengsak Khowniam, Head of KMITL’s Research Team of Intelligent Surface Street Reporting System said that the designed application was developed for the Intelligent Surface Street Reporting Through the "Road Surface" application, the data of vibration and pit throughout the road surface condition will be collected to actuator by  Accelerometer or vibration sensor on a smartphone. The frequency of such incidents will be collected to be processed and the notification will be sent back to the application to alert the driver in advance about real-time road surface problems may be due to the visibility of the traffic surface condition, Floods on the streets. Moreover, it could be helpful for traffic traveling planning as well.

The application warning display is divided into three levels: light pits warning (green), medium pits warning (orange), deep pits warning (red), representing numerical vibration levels to ease understanding of users. Such innovations will be beneficial for emergency patients to avoid harm of poor road conditions, potholes, and curved surface roads, etc., that can cause additional accidents against the ambulance missions. In the future, the data can be expanded to "Big Data" for national efficient road maintenance planning to be helpful for the solution to the problems of the life on the road and for improvement of the quality of life of the people as well. concluded Dr. Kriengsak.

"The KMITL’s research team has prepared the database of such applications to be ready for public agencies to use collected information of problemed pits to be helpful for the road surface repairs. The Road Surface application is available for download through Google Play. In the future with more users, this will provide a more accurate database that will address the problem of reducing road accidents. The KMITL’s research team needs the cooperation of both Government sector, private agencies and individuals to cooperatively keep track of road surface conditions during driving on the road to enhance the further use in the future." 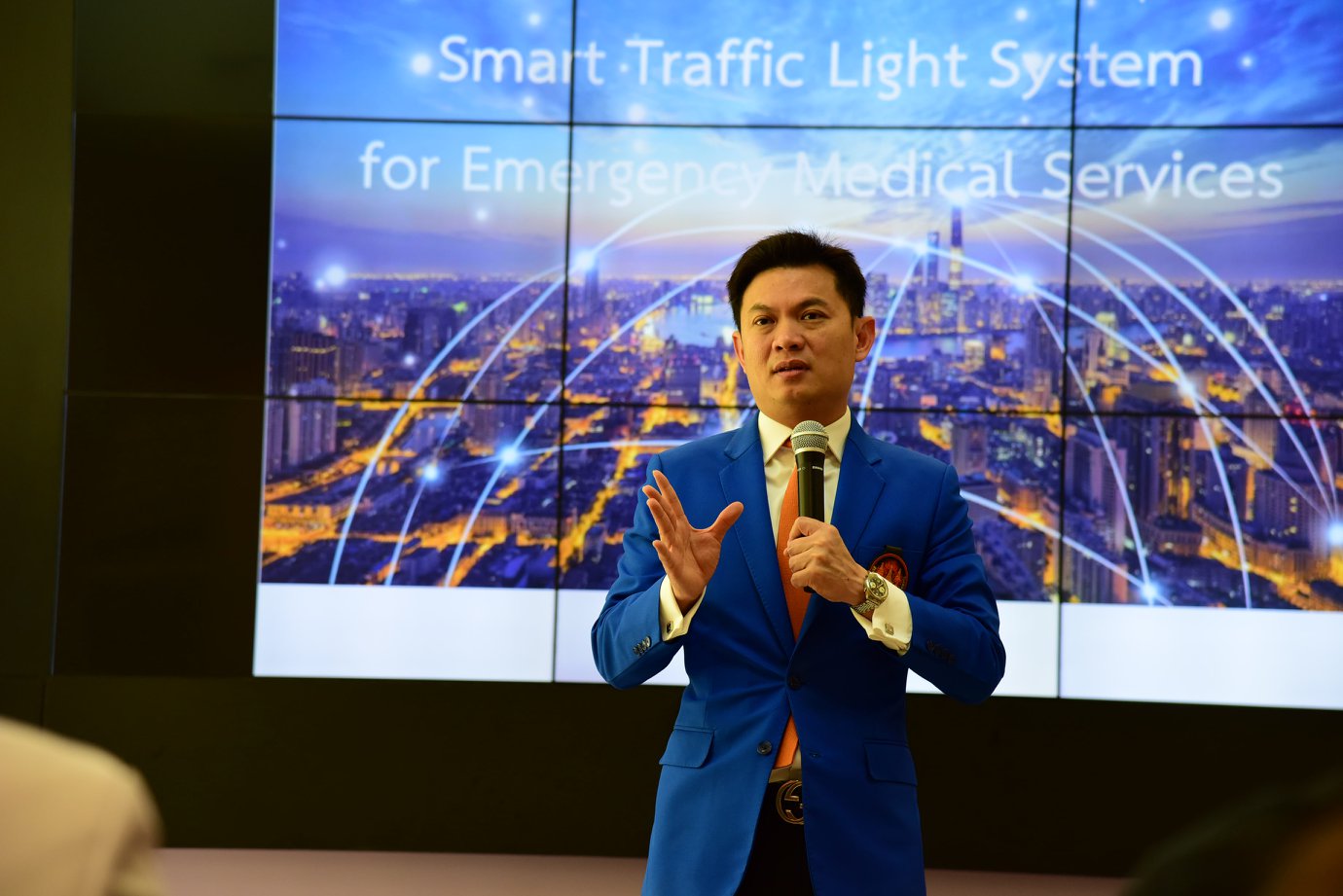 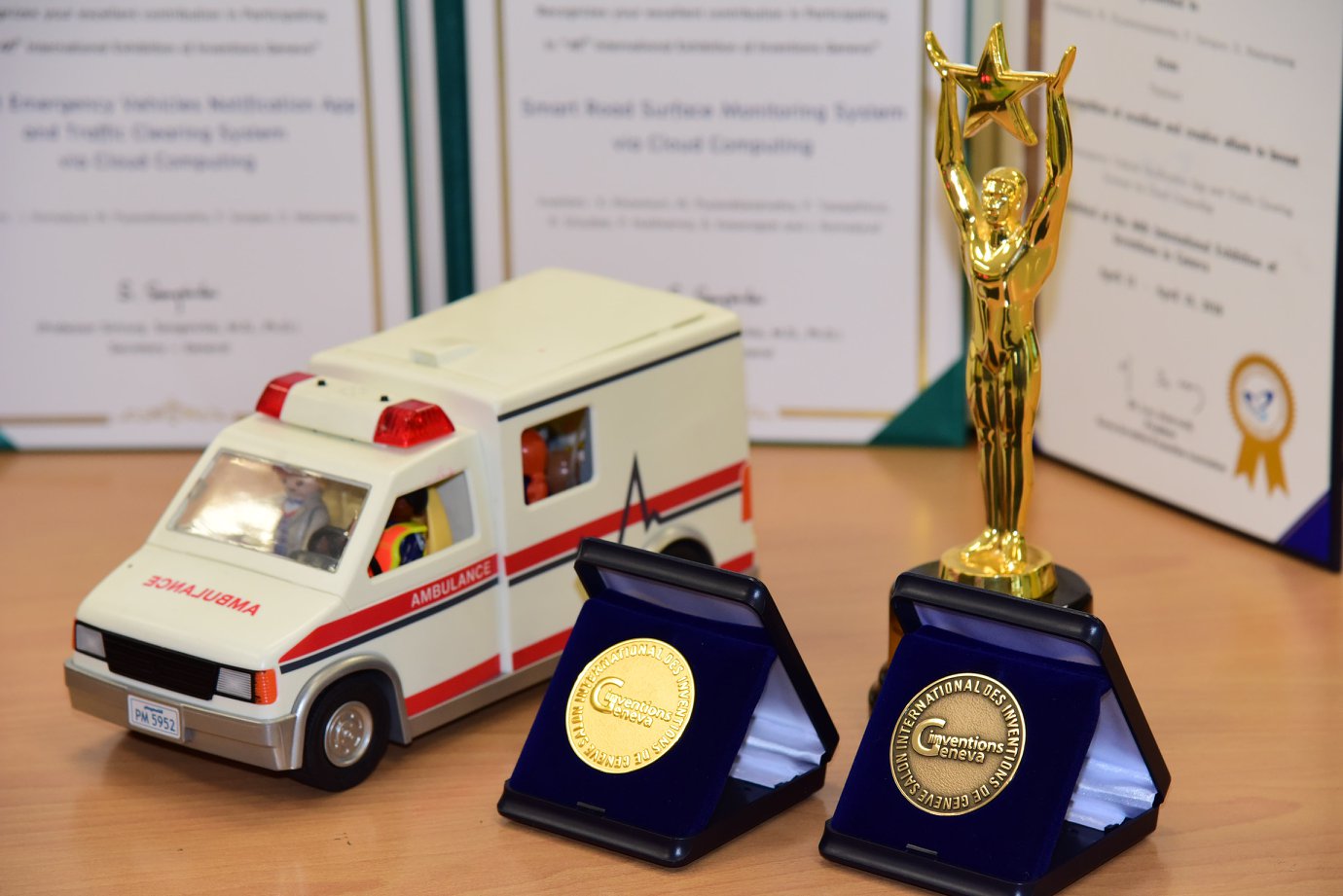 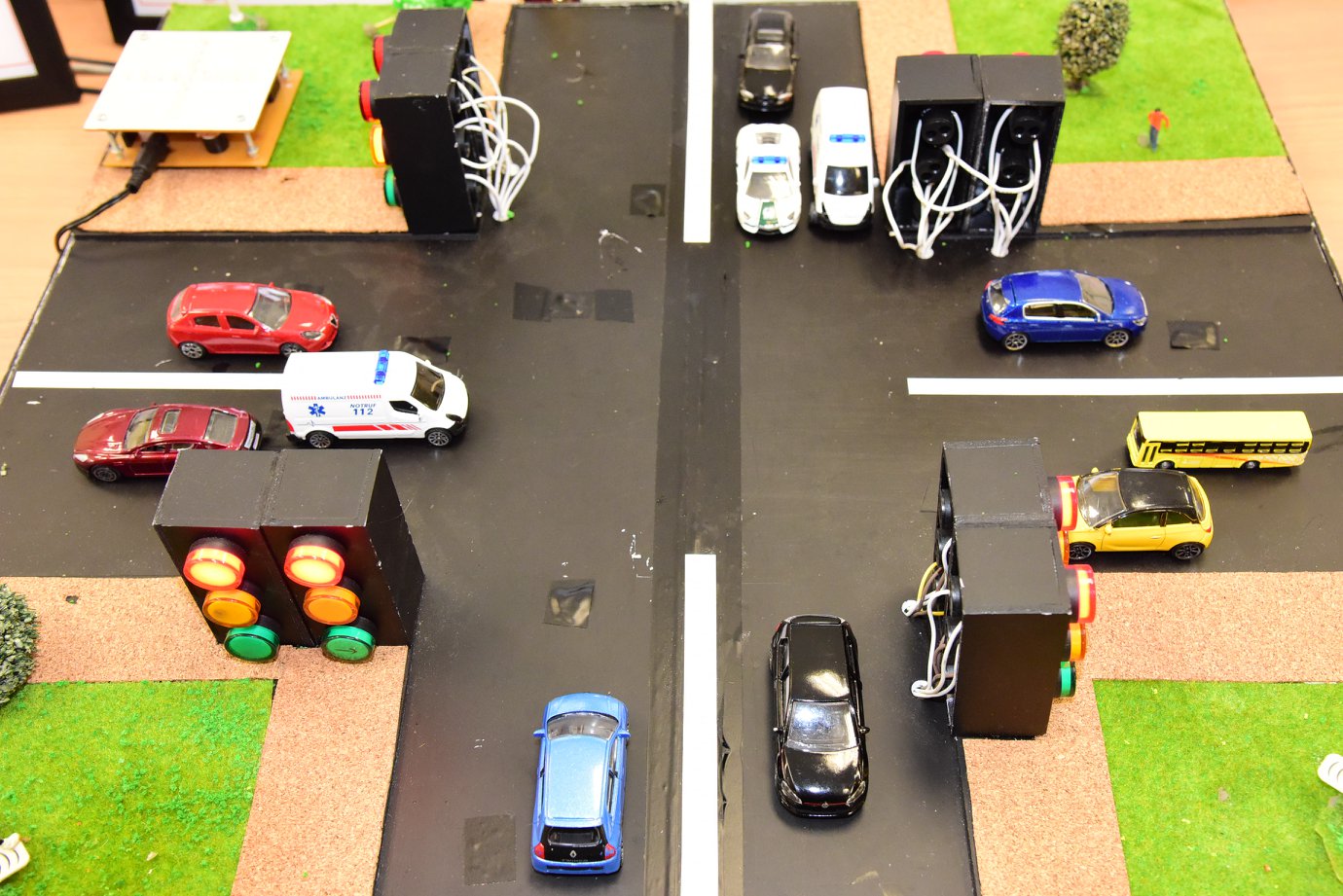 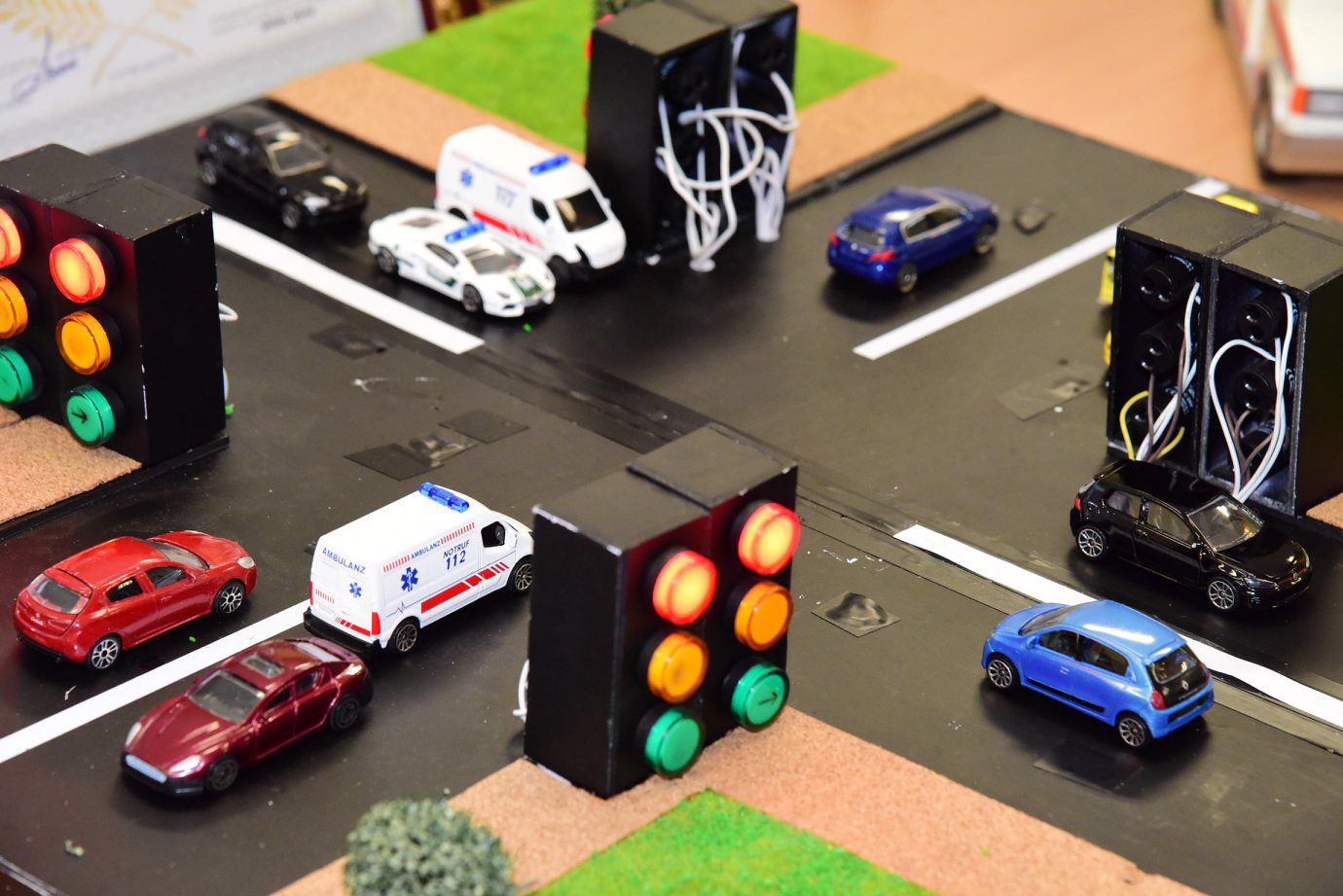 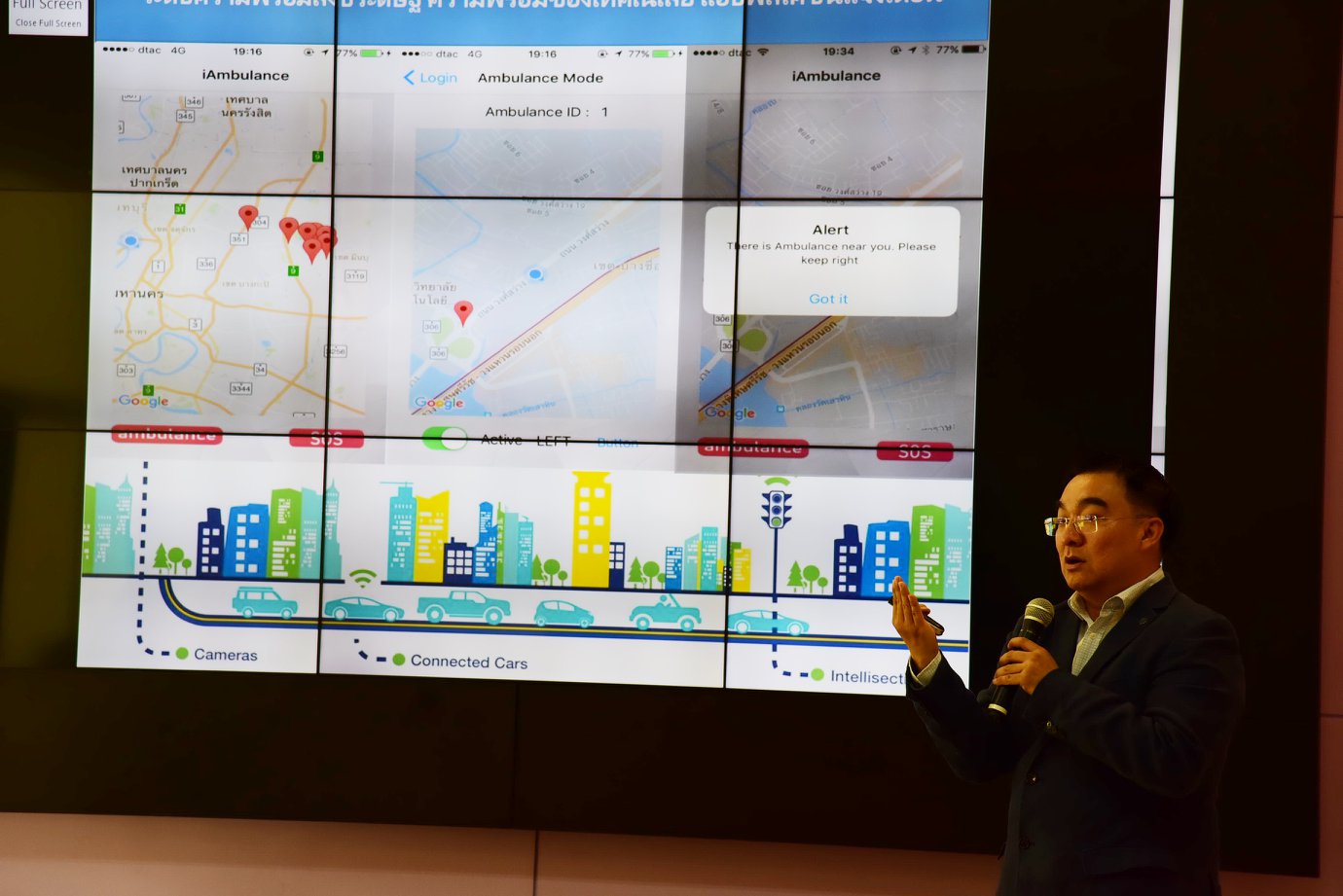 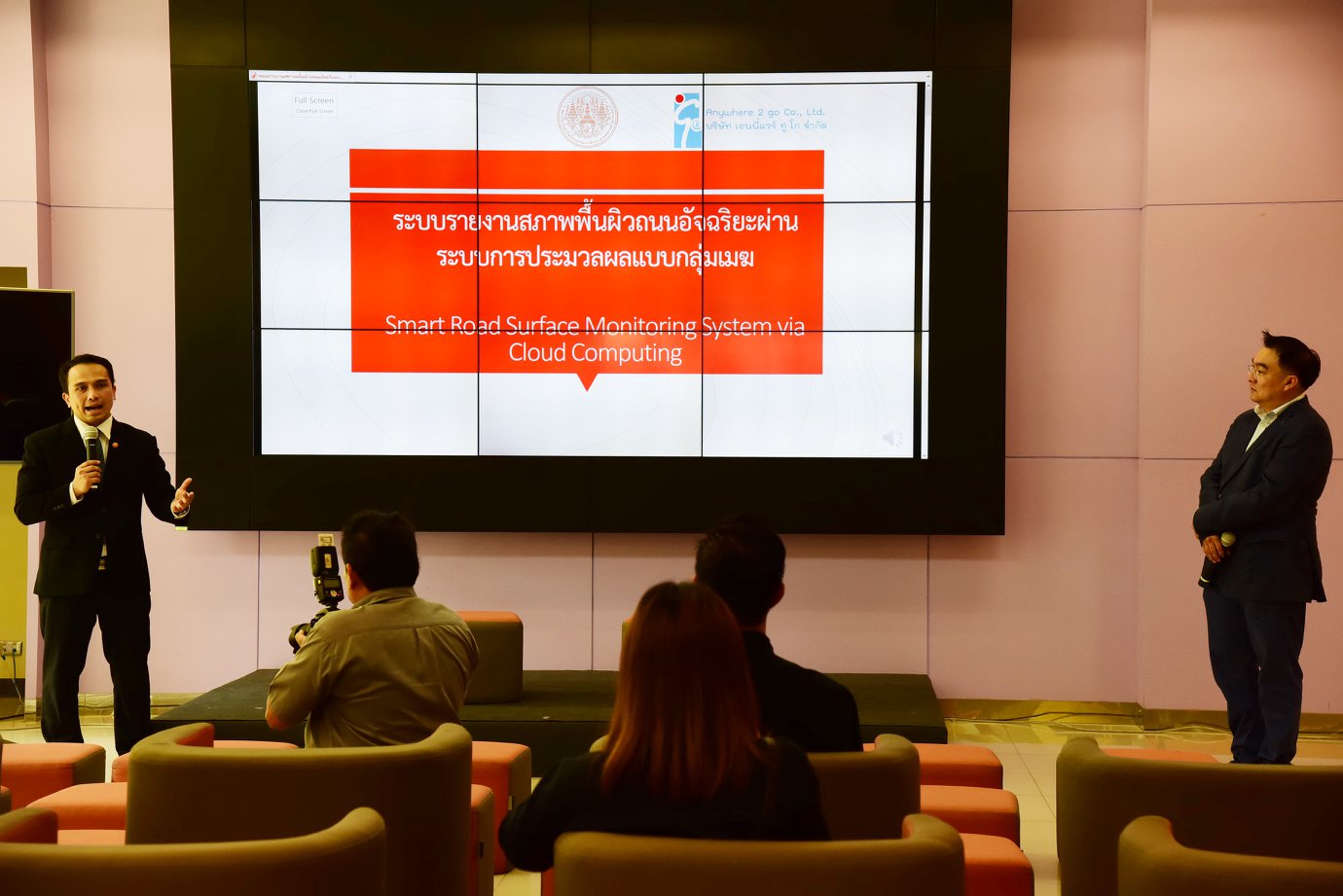